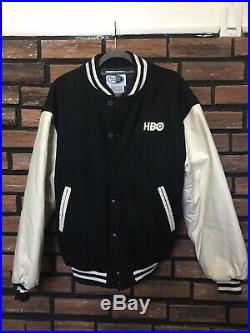 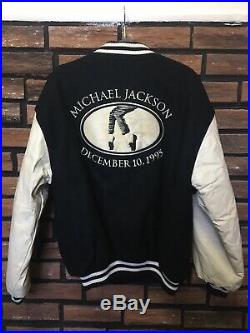 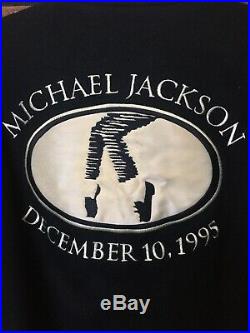 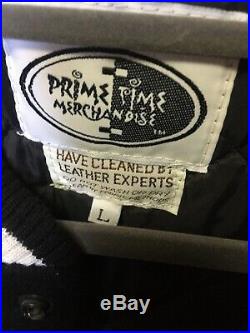 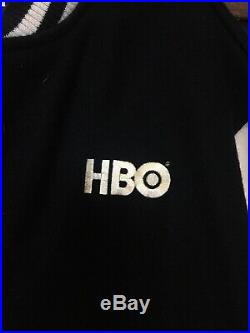 The concert was cancelled, and Michael Jackson ordered everything associated with the concert was to be destroyed. Thankfully this rare jacket wasn't. The jacket is made from black wool and has cream leather sleeves. This concert was scheduled to be taped at The Beacon Theater in NYC 12/8 and 12/9, 1995 which was to be broadcast on HBO on December 10, 1995. MJ collapsed during rehearsal and the concert was subsequently cancelled and never re-scheduled. It is my understanding that he had ordered all merchandise associated with the concert be destroyed. This jacket is VERY RARE AND IN GREAT CONDITION. Very special item for collectors out there.

The item "VERY RARE MICHAEL JACKSON HBO Cast Crew Jacket Vintage 1995 Concert Jacket" is in sale since Sunday, March 15, 2020. This item is in the category "Entertainment Memorabilia\Music Memorabilia\Rock & Pop\Artists J\Jackson, Michael\Concert Memorabilia". The seller is "fracas_60" and is located in Ridgewood, New York. This item can be shipped to United States.