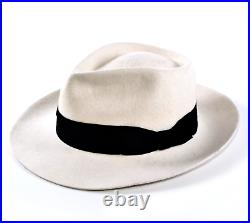 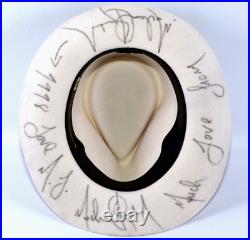 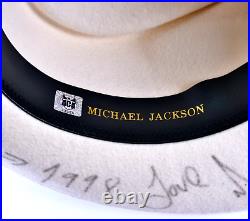 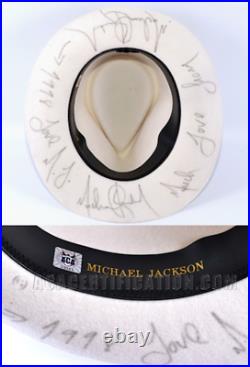 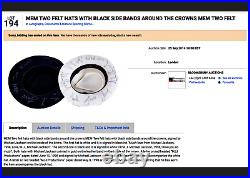 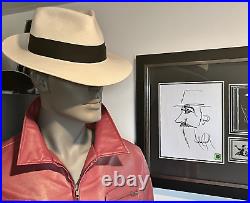 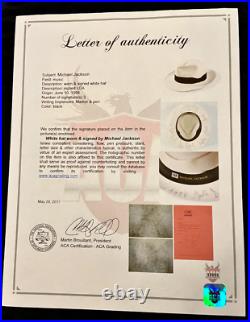 With Michael Jackson stamped in Gold on the interior black leather hat band. A letter on red headed MJJ Productions paper, dated June 10, 1998 and signed by MJ claiming that he has worn. Michael Jackson used to send small care packages to his adoring fans , he does mention. Wearing the hat but we know that he used to wear the Wool ones with the silk lining (we have one in stock).

Offered as gifts, maybe he did put it on his head for a few seconds, who knows , the aim was to please the fans and saying that he wore the. We do confirm the 3 signatures. Split Lot # 194 Dreweatts & Bloomsbury Auctions London U. This offer does not included the mannequin or the signed display, or the MJ Worn red jacket, (photo #6).

For an estimate of these charges, we suggest you contact your local post office or local Government. ALL OF OUR ITEMS ARE , AND WILL ALWAYS BE THIRD PARTY CERTIFIED. The item "MICHAEL JACKSON Signed White Fedora Hat Dreweatts & Bloomsbury Auctions RARE+++" is in sale since Tuesday, November 23, 2021. This item is in the category "Entertainment Memorabilia\Music Memorabilia\Rock & Pop\Artists J\Jackson, Michael\Other Michael Jackson Mem".

The seller is "frolicgallery" and is located in Montreal. This item can be shipped worldwide.