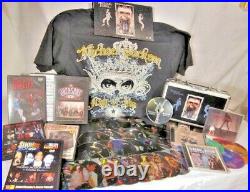 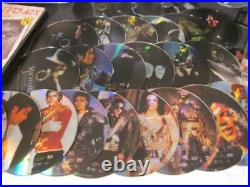 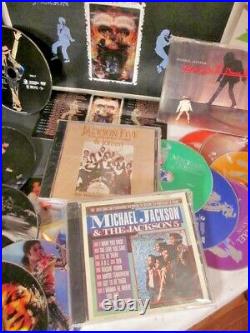 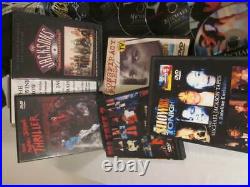 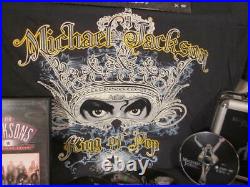 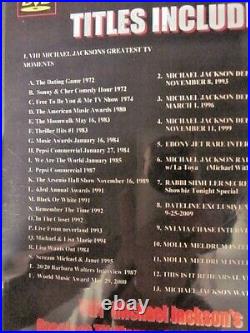 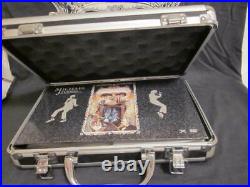 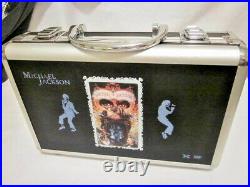 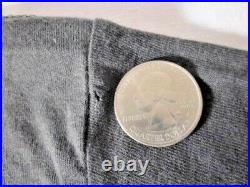 Great and MASSIVE collection of Michael Jackson and The Jackson 5 across the decades! The Ultimate Collection is a 2009 unofficial release produced in China. It consists of 32 DVDs of Michael and the Jacksons in the early years, home movies, their full series TV variety show, appearances and interviews... And many, MANY of Michael Jacksons live concerts during his decades-long solo career. Each disc reflects a different and unique picture of Michael, which was a nice touch to the set! The 33rd disc is a music CD. This collector's set comes in an impressive aluminum case as pictured with a hologram attached. Please see the list at the bottom of this listing info for an inventory of this MASSIVE DVD set! RARE CD, Jackson Five featuring Michael Jackson and Johnny, The Beginning 1968-'69 collector's item. RARE CD Michael Jackson and The Jackson 5'great songs and performances that inspired the Motown 25th Anniversary Television Special'. Promotional "Blood On The Dance Floor" CD single marked'For Promotion Only, not for sale' Epic Records, 1997. This was distributed to radio stations for air play prior to the release of the album by the same name. I tested this in my computer's CD drive and noticed the file name that comes up is unrelated to this title, but it IS a recording of Blood On The Dance Floor and does play just fine.

Disc is in excellent condition! DVDs/Interviews/Movies included in this lot in addition to the 32 DVD is the above mentioned collector's set. "The Jacksons, An American Dream" 1992 Motown 2-disc Full mini-series 044006097794. "Take 2, The Michael Jackson Interview, The Footage you Were Never Meant To See".

When taking pics of this, I noticed a tiny, TINY hole in the upper left sleeve, it appears obvious to me it is from one of those store price tags. DISC INVENTORY for the 33-disc Ultimate Collection Edition. Michael Jackson The Ultimate Collection MTV.

The One - Chinese Subtitles. The 30th Anniversary Vocal Concert. The Feature Of A Stranger - Live In Moscow.

Michael Jackson - MJ Rise And Decline. The Giant Star Of Michael Jackson Come Down. Private Home Movies - The King Of Pop Up Close And Personal. 1997 - 2008: The First Recorded 97 Songs.

The item "Michael Jackson 5, HUGE lot of music CDs, movie DVDs, T-shirt, rare interviews" is in sale since Monday, October 26, 2020. This item is in the category "Entertainment Memorabilia\Music Memorabilia\Rock & Pop\Artists J\Jackson, Michael\Other Michael Jackson Mem". The seller is "kayzgazebo" and is located in Ocala, Florida.